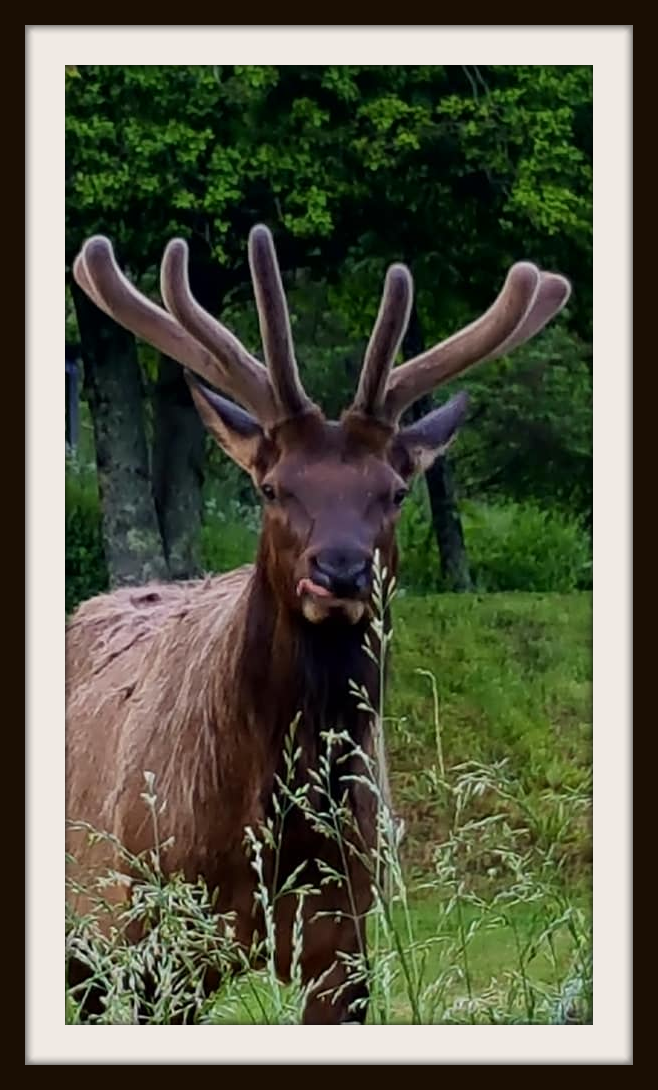 Centuries ago, herds of elk lived in the southern Appalachians. Eastern elk weighed up to 1000 pounds and were known for their fearlessness. They quickly became one of the most popular game animals among settlers to the region.

Declines of the herd by the end of the 18th Century was caused by over hunting. The last of the eastern elk disappeared from North Carolina in the 1790s. The National Park Service successfully reintroduced elk to the Cataloochee Valley in Great Smoky Mountains National Park in 2001.

Elk are the largest animals that live in Great Smoky Mountains National Park. Adults can grow to be up to 10 feet long from nose to tail. Male elk, which are called bulls, weigh up to 800 pounds. Female elk, called cows, weigh up to 600 pounds. Bull elk naturally shed their antlers and then regrow an impressive new set every year. Some antlers have been spotted that span up to five feet across! Their antlers grow fast, up to an inch a day. In August the bulls are fully grown. Breeding season is the most exciting time to come to North Carolina to see elk. Between mid-September and late October, you can hear the distinctive mating call of the bulls.

Want to see Elk on your visit

Elk are frequently sighted in and around Country Girl's RV Park.

Elk like to feed in cool weather. They usually come out to graze in the early hours of the morning or late evening. Elk appear to be gentle, but they are wild creatures that should be viewed from a distance. Both males and females have been known to charge at people who get too close. Bulls are territorial, and cows are very protective of their calves.

Here is a gallery of some of the Eastern Elk in and around Country Girl's RV park.

Theses are just a few of the breathtaking pictures captured here at Country Girl's RV Park. 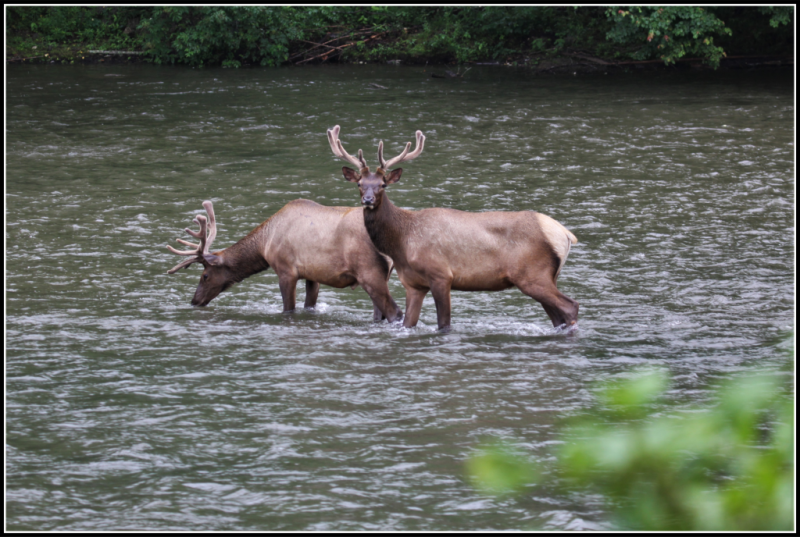 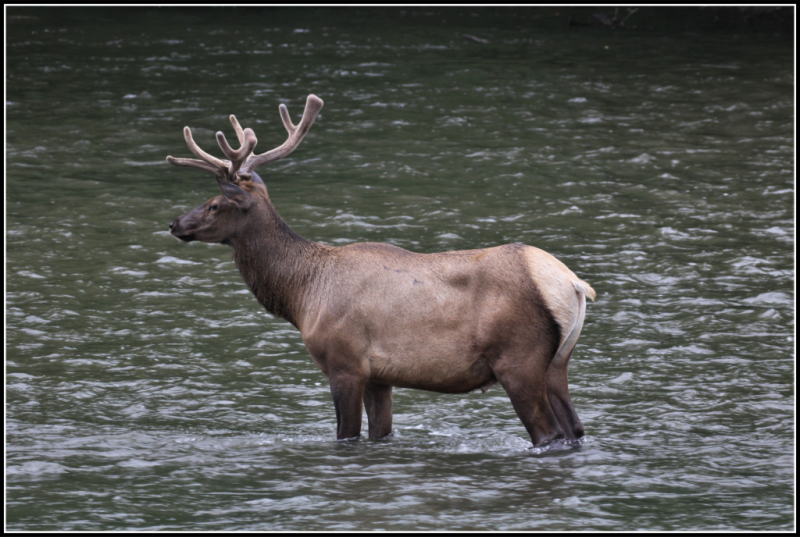 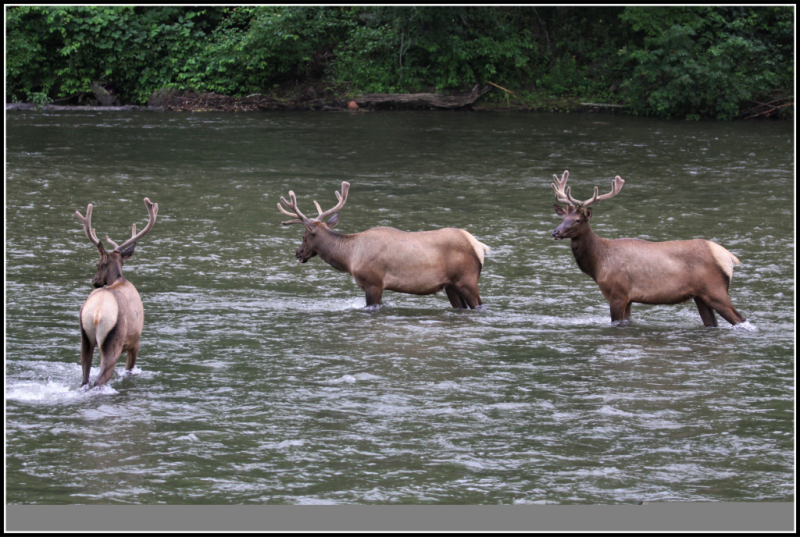 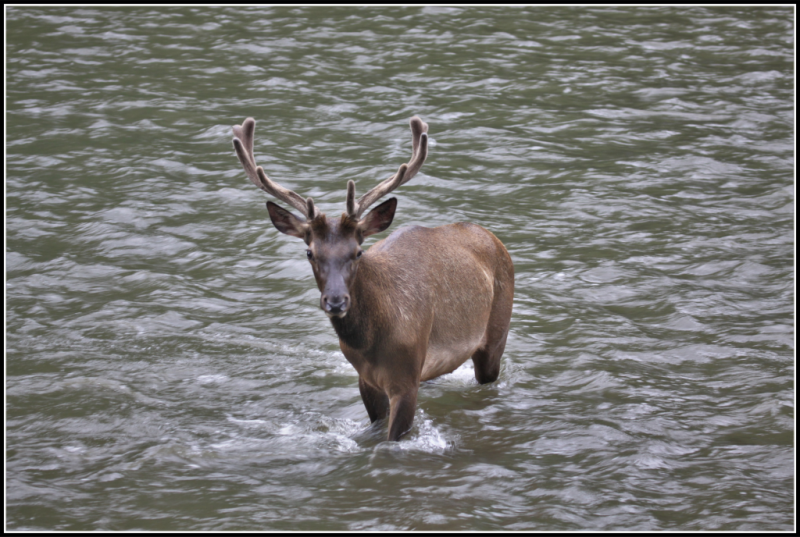 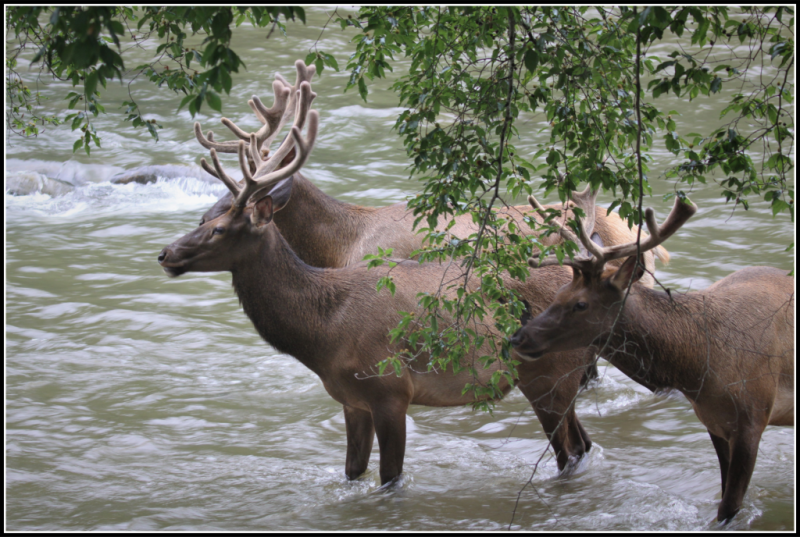 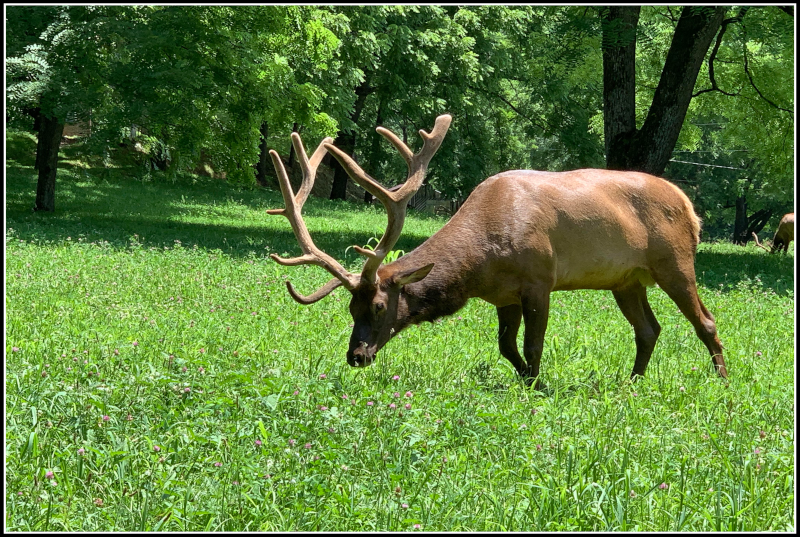